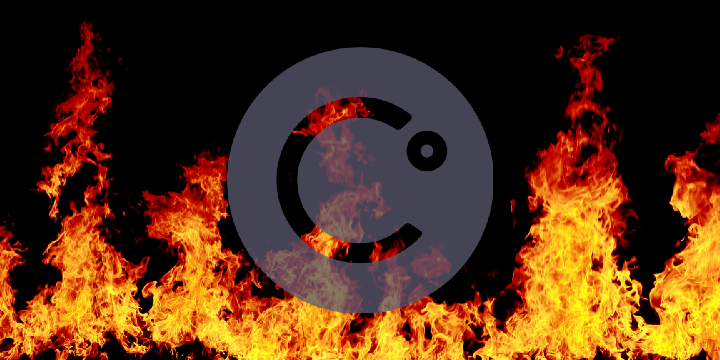 This may be news to you. But another major decentralised finance (DeFi) protocol, Celcius, is now at risk of insolvency. Its collapse has incited a broader market sell-off. Legacy coin Ethereum took the biggest hit, down 15% over the past 24hrs and trading at $1,029 at the time of writing.

Celsius is fairly typical among standard DeFi lending platforms. Anyone can hop on to lend and/or borrow money, but if you’re interested in the latter, then the loan needs to be overcollateralized (meaning the borrower has to deposit more than they’re borrowing). An overcollateralized loan may seem counterintuitive, but remember, DeFi is largely unregulated, so there are no debt collectors to keep borrowers from defaulting.

Users can stake their crypto on Celcius and generate yields like 7% APR on USD stablecoins, 7.25% on Polygon, 6% on Ethereum, and 6.25% on Bitcoin. The protocol subsequently loans out user’s pooled tokens at higher rates to borrowers.

Celcius’ woes come just a month after the collapse of another widely used DeFi protocol — Terra Luna — whose stablecoin UST de-pegged from the Dollar and ran to zero.

Celcius’ unravelling took place on June the 13th after the DeFi lender’s native token, $CEL, went into freefall. This was shortly after the project announced it was suspending withdrawals that same morning citing liquidity issues.

The short-term cause of Celsius’ liquidity crunch appears to be as a result of Lido’s Staked Ether (stETH). Lido DAO is a non-custodial staking solution for Ethereum and other Proof of Stake (PoS) chains. Celcius indirectly acts as an ETH2.0 validator on Beacon Chain on your behalf through Lido.

How it works: Celcius stakes customer’s ETH deposits on Lido and in return receives stETH. stETH is a token that unlocks the underlying capital (in this case Ethereum) so it can be reused as collateral in other DeFi projects. This is known as ‘Liquid Staking’. Lido Finance promises that all stETH is redeemable for exactly 1 ETH. The only caveat — stETH is only redeemable for actual ETH after Ethereum completes The Merge and begins processing PoS transactions. In advance of this happening, customers of the Lido Finance platform can lend their ETH for staking and in return receive stETH plus a yield.

Recently, however, stETH faced liquidity issues on Curve Finance, a decentralized exchange (DEX), where the stETH is traded against actual ETH — usually at a ratio of 1:1. That ratio has, as of recent, unhinged.

Reports revealed a public Celcius wallet holding $475 million worth of stETH which was deployed as collateral for hundreds of millions in stablecoin loans. But an unpegged stETH means this collateral was no longer sufficient. This resulted in a bank run on Celcius as clients began to doubt whether the network would run out of liquid funds to pay them back.

Celcius is now taking massive loans against their illiquid positions to pay out their customer redemptions, but many fear they will fail to meet their obligations.

How to protect your cryptocurrency